Local government with many tasks

Denmark is a small Nordic country with approximately 5.76 million inhabitants. We are renowned for our stable democracy, freedom of speech, good working- and welfare relations, active associational life, as well as safe and green surroundings. All these conditions rank the citizens in Denmark as being among the happiest in the world.

Administratively and geographically, Denmark is divided into 5 regions and 98 municipalities. The state with the Danish Parliament and the Government are in charge of the legislative work and the general national tasks, i.a. the defence, the police, TAX, motorways, and the biggest cultural institutions. Regions and municipalities take care of most of the close to home tasks of the citizens.

The main tasks of the regions are hospitals, health care, psychiatry, and regional planning.

The main task of the municipalities is among others children and young people, including childcare and education, the social area, including care of the elderly and handicapped, benefits for the sick and socially marginalized, employment and integration, technology and environment, as well as industrial development.

Ringkøbing-Skjern Municipality - the biggest in the Country

The Region of Central Jutland is the biggest both as regards the number of inhabitants and area. Around 1.3 people live in the region covering an area of approximately 13,000 square kilometres. On the WEBSITE of the region you will be able to find information in English about the tasks of the regions, i.a. hospitals and  regional development, as well as supplementary information about for instance patient rights in several other languages. 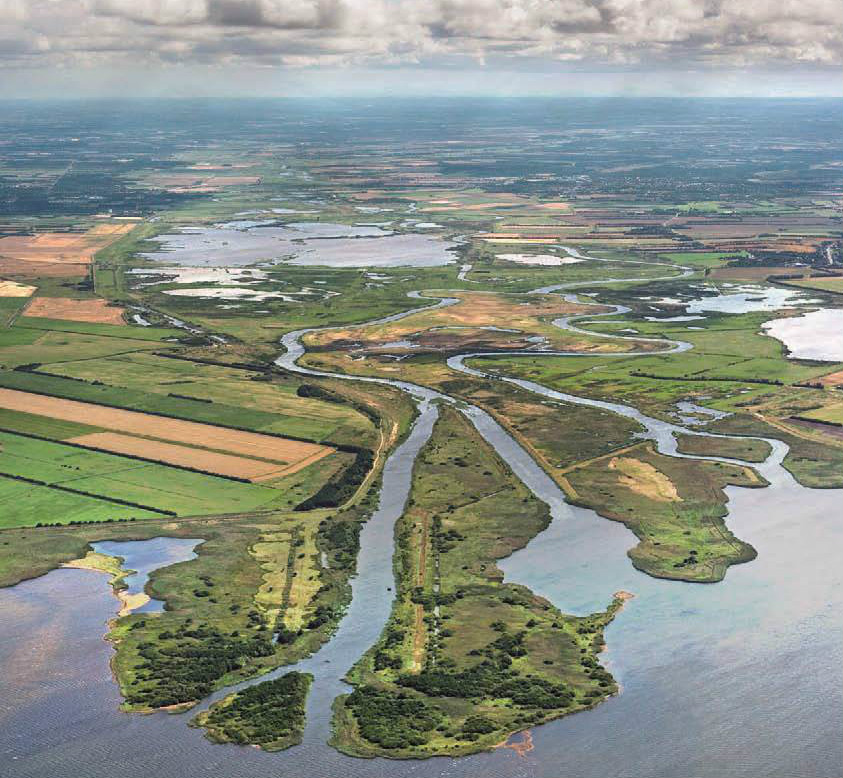 The River Skjern Å forms the only river delta, in Denmark at the mouth of Ringkøbing Fjord Foto: rksk.dk

Nature and good conditions for the children are crucial

It is first and foremost the good conditions for the children and the clean and beautiful nature that Iwona and Jarek emphasize when expressing why they have chosen to settle in Ringkøbing-Skjern Municipality in Denmark. In the past two years Iwona and Jarek have been living in the village of Finderup together with their joint child Diego and Jarek’s son Manuel and his daughter Karolina.

”The child-care facilities here are simply so good. They do so much for the development of children. For instance, they are allowed to cook and do woodwork when they can handle a knife– even though it may be a little dangerous. Besides, they also spend a lot of time in nature. In all sorts of weather. It is so healthy for them”, says Iwona who is also really happy with the schools.

”However, the best thing is that you exist to live here – which means that you don’t just constantly work, but you work in order to also live in your spare time”, says Iwona, and Jarek agrees. That was the very reason why he came to Denmark to work, since - as a self-employed motor mechanic with his own construction firm - he just worked and worked without earning sufficient to live on. On top of that he did not have any spare time whatsoever.