Democracy and freedom of speech

In Denmark, we are very fond of – and also renowned for – our democracy and freedom of speech.

According to the Constitutional Act, the supreme power in Denmark is divided between the legislative branch– the Folketing (the Danish Parliament), the executive branch – the Government, and the judicial branch – the Courts.

The Danish democracy is called a representative democracy, and the right to vote is an important part of the democracy, because with their vote the Danes elect the ones who are going to represent them in the Folketing, the Regional Council, or the local Municipal Council, respectively. The ones, who are being elected, are called politicians, and they make the decisions on the development in society. They have the primary responsibility for the administration and running of all the public companies, institutions, and services, ranging from motorways, town- and country planning, police, and defense to hospitals, day nurseries, schools, and other institutions of education.

The public tasks are divided between the State, the 5 Regions, and the 98 Municipalities. 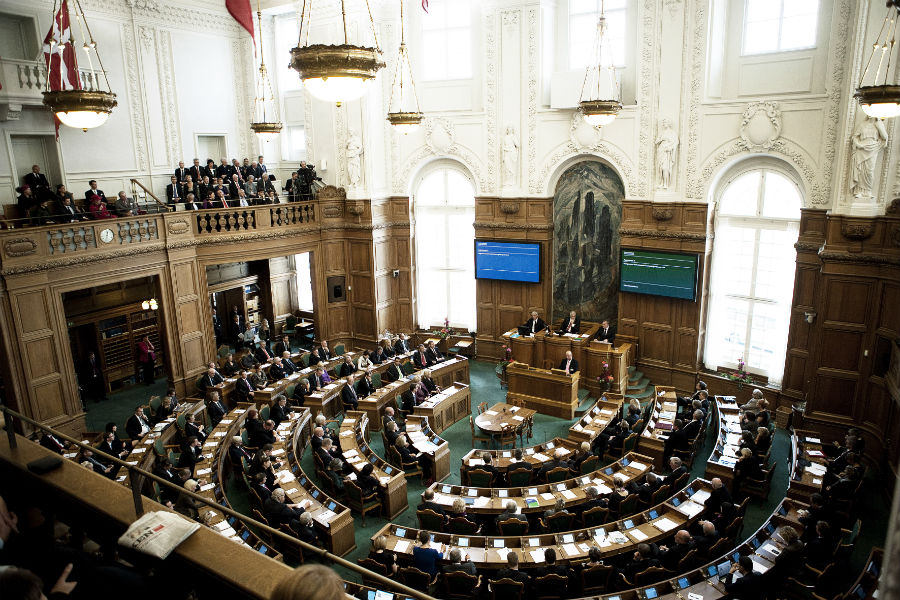 FOLKETINGET is in charge of all legislation in the country, including the annual Finance Act which is decisive for the application of money in the entire public sector in the country. The Government is in charge of translating the legislation into practice as well as the daily governance of the country, including ministries, governing bodies, and major and specialised departments and institutions. The Folketing lays down the framework for these, including the economic, the regional and the municipal work.

The regions and the municipalities are governed by a regional council, headed by a chairman, and a municipal council/town council, and a mayor.

Denmark is part of a special co-operation between the Nordic Countries and is a member of the EU.

The Right to Vote and Eligibility

The right to vote is of decisive importance in the Danish democracy. Danish citizens have a right to participate in the elections, i.e. vote from the age of 18, and at the same time, they are eligible. This means that they have the right to run for elections in the elected bodies and assemblies. In Denmark, there is a long tradition for a high voter turnout.

Every fourth year there are elections for the Danish elected assemblies, excluding general election for the Danish Folketing where elections may be more frequent. Every fifth year elections to the European Parliament take place. Denmark has 13 of the 751 members.

As a foreigner residing permanently in Denmark, and if you are a citizen of the EU, Iceland, or Norway, you have the right to vote and are eligible for the regional and municipal elections. Citizens from other countries must have resided permanently in Denmark, Greenland, or the Faroe Islands for the past three years, prior to election day, to obtain the right to vote and eligibility.

Only Danish citizens can be elected and are eligible for the Folketing. 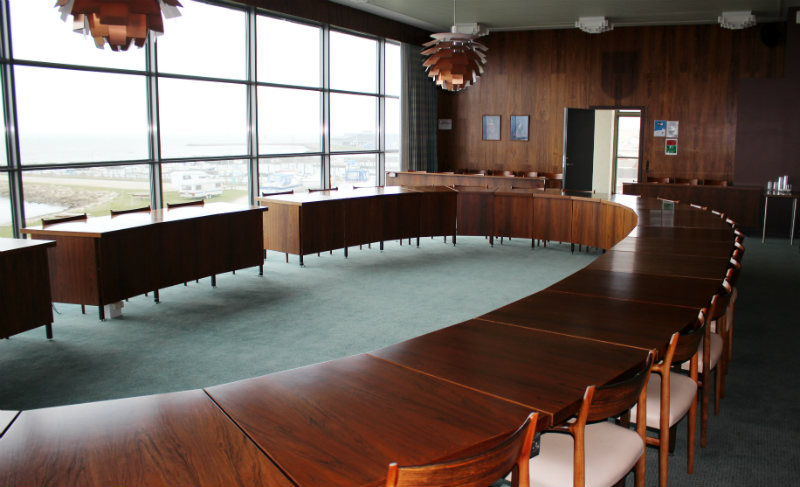 We have been made very welcome

”We love our country, Romania, but we have also grown very fond of Denmark which has become our home,” says 37-year-old Sorin Ungureanu who - together with his wife Ioana and their two children - find themselves so much at home that in the autumn of 2017 they bought the house of their dreams in Borris. Borris is a town with approximately 800 inhabitants in Ringkøbing-Skjern Municipality – geographically the biggest municipality in Denmark.

“We have been living here since 2011 and our children are fully integrated in the local community and gradually, so are we. We have been made to feel really welcome in this town. People gladly help us and we are very happy about living here,” Sorin says whilst simultaneously smiling at Erling Søndergaard - one of the passionate locals who likes to give a lending hand. Erling has helped the family with the purchase of their house, and as a friend of the family he joins our conversation as to why Sorin and Ioana came to Denmark and what it is like for a foreign family to move to Ringkøbing-Skjern Municipality.

”We are also happy having you here. We can tell that you like being here, and you have also done a great deal to become a part of the community,” Erling points out referring to the fact that Sorin among others has been active in leading a father-child gymnastics team and a table tennis team in town.