Learn the language and meet the Danes

Some newcomers to Ringkøbing-Skjern Municipality have given us some pieces of good advice as to how to become good at Danish: 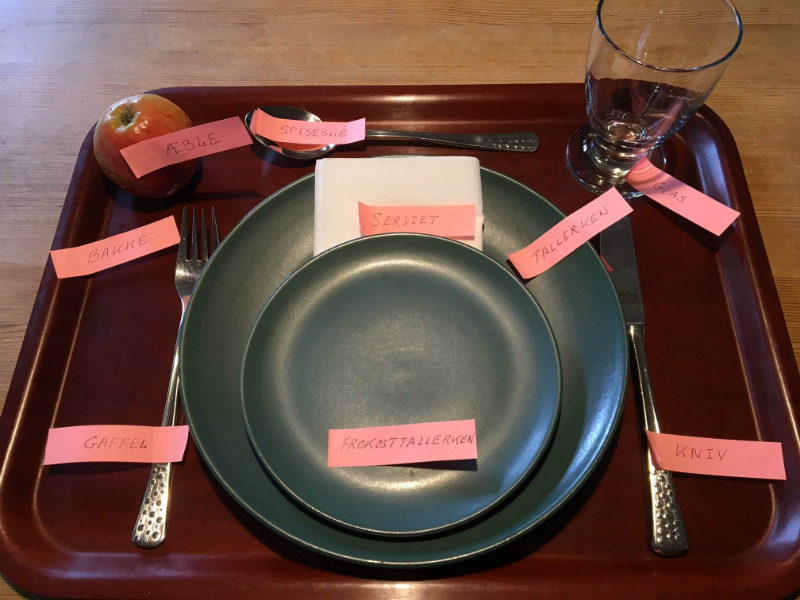 The Language can be Tricky

As a newcomer you will of course experience that the language may be tricky. It can be hard to understand, and there are words, which are difficult to pronounce. Furthermore, the Danes love teasing a little. You will definitely experience an almost impossible task to begin with, when the Danes want you to pronounce: “Rødgrød med fløde og mælk”. (Red berry pudding with cream and milk). In return it elicits laughter. Do joke with your own linguistic mistakes. The Danes love self-irony.

The language may easily give rise to misunderstandings. Several times a newcomer was puzzled by being told that the Danish children were having a good time going on a weekend trip to a scout hut. She could not understand that Danes had houses for spiders, and that - on top of that - they would let their children stay in them! Only after a long time she asked, and it was explained to her how scout life for children works. (Danish word for scout = spejder - pronounced “spider”!)

Many newcomers also become hesitant and insecure when the cashier at the till asks: “For the exact amount or over”? However, this question is just a friendly request as to whether you want a cashback.

What do we talk about?

Practice the language by speaking with Danes, but what do we Danes then talk about? Admittedly, this differs a lot, depending on whom we are together with, but on informal occasions we generally talk a lot about the weather.

There is always something to talk about, because the Danish weather is so unsettled. Sometimes it may seem as if the seasons even change in just one day.

The Danes are also fond of talking about food, holidays, children, leisure activities, and work, while most people in return would rather not talk to strangers about their wages or salaries or their personal relation to religion and politics.

The Danes like to help, so do ask when you are in doubt about something or repeat your question if you do not understand what is being said.

More about the Danes

On DENMARK.DK you can read more about Denmark and the Danes. You may for example be able to see a video depicting what foreign newcomers say about the Danish language:

We have been made very welcome

”We love our country, Romania, but we have also grown very fond of Denmark which has become our home,” says 37-year-old Sorin Ungureanu who - together with his wife Ioana and their two children - find themselves so much at home that in the autumn of 2017 they bought the house of their dreams in Borris. Borris is a town with approximately 800 inhabitants in Ringkøbing-Skjern Municipality – geographically the biggest municipality in Denmark.

“We have been living here since 2011 and our children are fully integrated in the local community and gradually, so are we. We have been made to feel really welcome in this town. People gladly help us and we are very happy about living here,” Sorin says whilst simultaneously smiling at Erling Søndergaard - one of the passionate locals who likes to give a lending hand. Erling has helped the family with the purchase of their house, and as a friend of the family he joins our conversation as to why Sorin and Ioana came to Denmark and what it is like for a foreign family to move to Ringkøbing-Skjern Municipality.

”We are also happy having you here. We can tell that you like being here, and you have also done a great deal to become a part of the community,” Erling points out referring to the fact that Sorin among others has been active in leading a father-child gymnastics team and a table tennis team in town.